In 1850, following the Hawaiian land distribution act known as the Great Mahele, Warren Goodale purchased royal lands in the modern day Puhi area, which he turned around and sold to James Marshall for $3,000. Six years later, in 1856, Marshall sold the land to Judge Herman Widemann for $8,000. Justice Widemann would go on to clear the land of kukui nut trees and plant the first sugar cane crops. Sugar was just beginning to take root in the island kingdom’s economy. Grove Farm started in a grove of kukui trees, which continues to be the focal point of our corporate brand over a century and a half later.

In November of 1864, Hanalei-raised George Norton Wilcox took over the lease for Grove Farm and quickly became its sole owner. In addition to being an enterprising innovator of plantation sugar culture, Wilcox was also a powerful political figure, a community leader, and a philanthropist. Under his leadership, Grove Farm came to be synonymous with innovation, quality and positive economic growth on Kauaʻi. These guiding principles continue to be cornerstones even to this day.

Grove Farm flourished under the leadership of George N. Wilcox from 1870 to 1933. Many modernizing changes occurred throughout the plantation, from the construction of an innovative water irrigation system to the creation of new cultivating machinery and planting methods, to the use of the first mechanized sugar cane seed planter in Hawaiʻi.

In December of 1941, Grove Farm became immersed in the ongoing World War II efforts and dedicated large acreages previously used for sugar to grow food for the local population and the military.

In 1948, Grove Farm purchased Kōloa Plantation. Like Grove Farm, Kōloa had been a pioneer of the industry, bringing in new innovations to the growing and processing of sugar. It was the first iron sugar mill in the islands and had extensive irrigation systems, including a 120-kilowatt hydroelectric plant and a massive pumping system to deliver water uphill.

With the Wilcox family at the helm, Grove Farm continued to demonstrate the highest regard for Kaua’i's communities in economic growth combined with land development.

Continuing its tradition of innovation, Grove Farm was the first company to break traditional housing systems for its workers. By 1955, 177 plantation employees were able to own a home through a home ownership program, the first of its kind in Hawaiʻi.

During the first 100 years of existence, Grove Farm spanned approximately 22,000 acres. About a half of that was land dedicated to cattle and sugar cane. In 1974, sugar operations ceased and Grove Farm started leasing out its former cane lands to neighboring plantations.

Today, Grove Farm's focus is broader. In addition to managing agricultural land licensing, we have diversified into residential, industrial and commercial land development. Our lands also support many renewable energy initiatives that are aligned with our vision of a sustainable Kauaʻi. We continue to maintain valuable water resources that serve as the source of the island’s drinking and irrigation water requirements. Our land management approach supports the preservation of historic sites and enhancing the many plant, birds, and other endangered species.

Education is key to the island and Grove Farm understands and supports that in a big way. Grove Farm gifted 200 acres of land to the University of Hawaiʻi in 1972, which is the site of the Kauaʻi Community College campus in Puhi. In 2006, 8.5 acres of land adjacent to the college were donated for the new Island School campus.

Grove Farm values the importance of farming and agriculture as it plays a crucial role in the local economy. Growing what we eat is crucial as it keeps money on the island – a key component in building a more sustainable Kauaʻi. 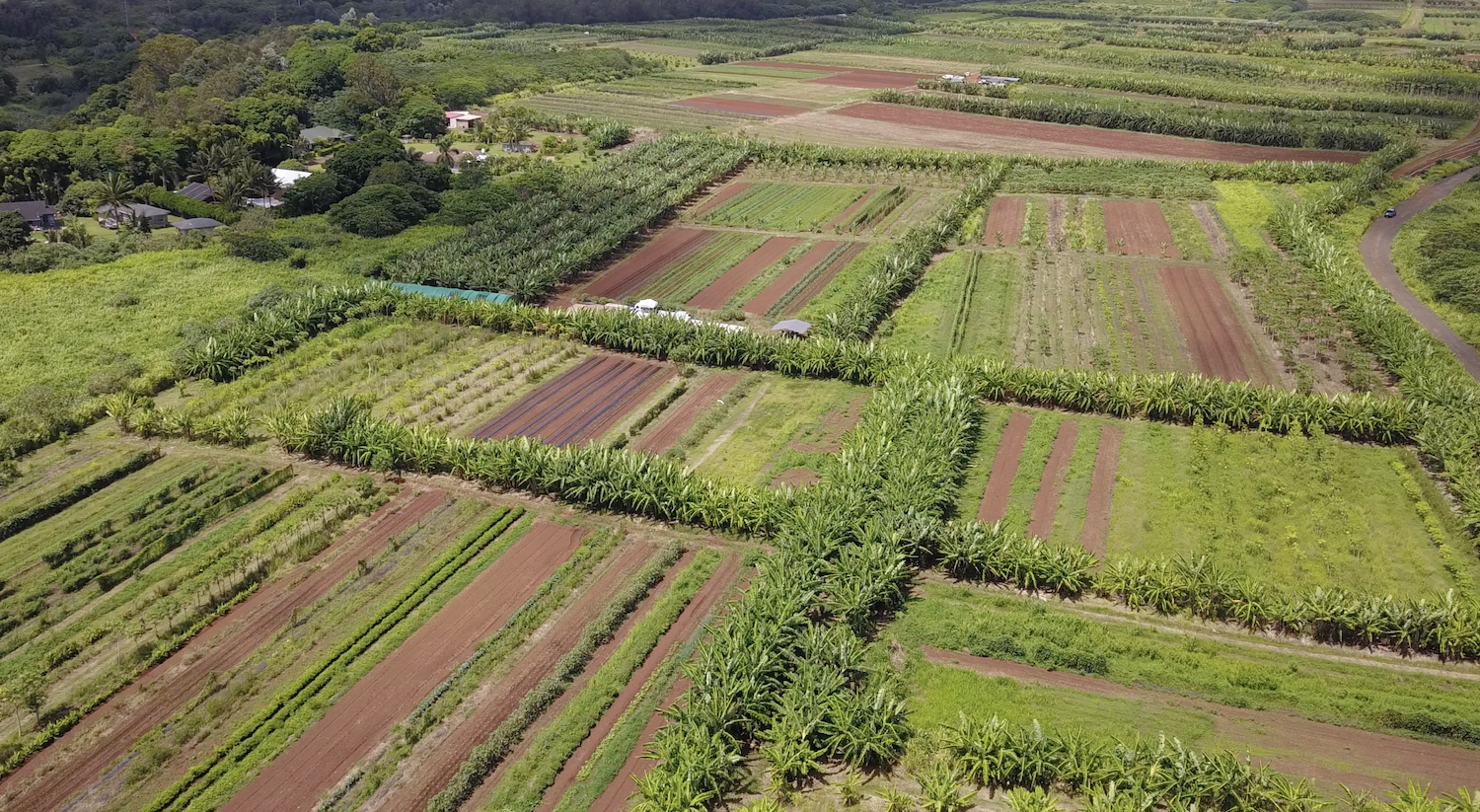