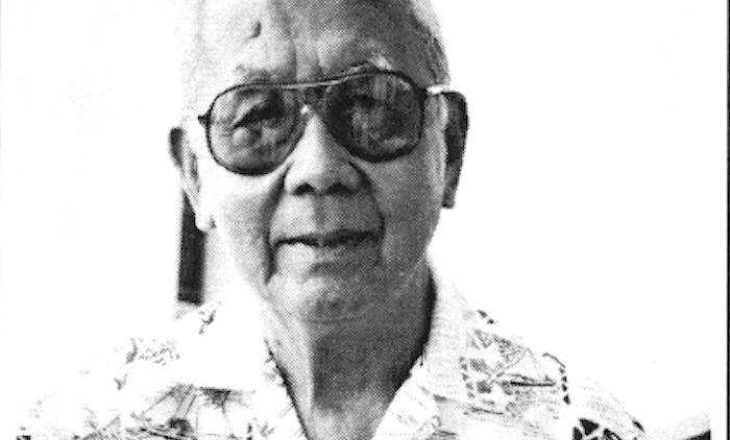 I first heard of Grove Farm engineer Victor Vargas during the 1980s, when I was employed by McBryde Sugar Co. as a harvesting haul cane truck driver. Vargas had retired from Grove Farm years earlier, in 1968, yet former Grove Farm employees then working at McBryde I spoke with readily recalled him, and praised his abilities as an engineer.

Victor Vargas (1906-2003) was born in Negros Occidental, Philippines, into a well-to-do Filipino family, for his father, Angel Vargas, had invented and patented a farming plow and owned the profitable company that manufactured them. Following his graduation from the University of the Philippines High School in Manila in 1924, Vargas journeyed to the mainland United States and earned a bachelor’s degree in mechanical engineering at the University of Detroit.

He then worked for the Ford Motor Company in Detroit, but was laid off in 1932 because of the Depression, and returned to the Philippines, where he ran the Mindoro Sugar Mill until 1938, when he set out to build a gold-mining mill on the island of Lahui. When World War II suspended gold operations, Vargas returned to Manila and then went on to New York City.

One Sunday, while reading a New York newspaper, he came across a Grove Farm Plantation want ad for a mechanical engineer with sugar-mill experience. Grove Farm Manager William Moragne then hired him in 1950 to set up a new sugar-processing system at Grove Farm’s Kōloa Mill.

Later, as Grove Farm’s mill engineer, he is credited with introducing many cost-saving processes, among them were improvements to the mill’s sugarcane cleaning plant. In 1987, Vargas explained, “You know, only in Hawai‘i they have cane-cleaning plants. Because they bulldoze cane over here, and the other parts of the world, they cut the cane. And the cane comes practically clean and they just dump that in the mill. But here, they have to wash it (to remove dirt, roots, rocks, etc). So I started improving, until I developed a system that was better.”

Victor Vargas was survived by his wife, Conchita Vargas, and his son William Vargas.